My name is Isabella Sutherland, and I am an 18 year old from Duluth, MN. I have been taking trips to the Boundary Waters since I was under one year old, when my parents began taking me camping with them. Growing up here, it became my second home, my favorite place in the entire world. Carrying a huge pack on your back and canoe over your head into a portage infested with mosquitoes, and then paddling across long rivers and lakes may not sound fun, especially for a little kid, but Boundary Waters trips became the highlight of my summers. I have gone every summer at least twice, and my love for the BWCA has only grown. 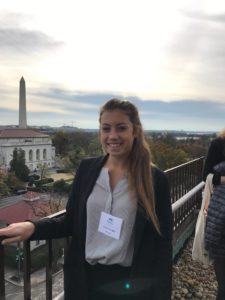 When I found out about the threat of Twin Metals, I was outraged. I decided to fight against it as hard as I could, doing as much as possible. This fight began out of an intense love for the place, but the reasons for my fight have grown. I have learned so much about the science surrounding the issue, all the economic harms mining would pose, and the human health risks associated with sulfide mining pollution. This fight is no longer simply about love to me. It is about common sense, and doing what is right, even when faced with the possibility of political gain. There is no reason to mine in the watershed of the Boundary Waters except greed. Both economically and environmentally, this mine is a disaster. I tried to push this rhetoric when I met with the representatives, senators, and officials in DC during Kids4BW’s November and June fly-ins. But  we aren’t always successful — far from it. Lots of meetings ended with frustration.

Some representatives passively listened for as short a time possible, obviously not considering what we were saying. We were even straight up lied to and dismissed. But the passion in me and the other kids on this trip was incredible, and only grew with the frustrating interactions. And there’s nothing that can compare to the feeling of hearing a person of power become wowed by the Boundary Waters’ beauty for the first time, or hearing the words “I will support the fight to protect the Boundary Waters” come out of their mouth. 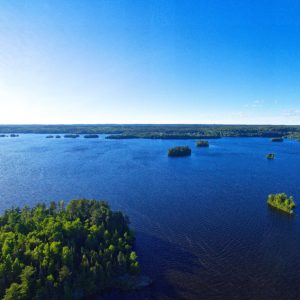 It is clear to me that this fight is far from over. But we are on the right side of history, supported by facts and science. And I know the amazing people that have written letters to senators and representatives, signed petitions, and even traveled with me to DC, will never stop fighting for this. It will be a long fight, but we’re ready. We’re bringing the cookies this time.